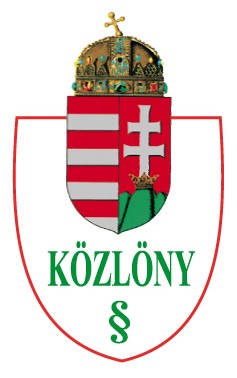 The European Union established the Connecting Europe Facility in 2013, which supports the development of high capacity, sustainable and efficiently interconnected trans-European networks in the fields of transport, energy and telecommunications. One of its subdivisions is the Business Registers Interconnection System (BRIS) which establishes a connection between the business registers of the individual Member States to a central platform. BRIS provides a single access point via the European e-Justice portal, where citizens, businesses and administrative bodies of the Member States may obtain up-to-date information on businesses and branches opened in other Member States.

This central IT system contains data about companies operating in the EU, and all Member States must connect to it through BRIS. The system has a central customer service system, where the Member States can connect using their National Service Desks (NSD). For Hungary, it is an internal system operated by The Hungarian Official Journal (Magyar Közlöny Lap- és Könyvkiadó Kft., or MKLK) which functions under the guidance of the Ministry of Justice who are responsible for BRIS. This system forwards data between users and Hungarian customer service.

In April 2018, the search for an IT supplier that was able to complete the project within an extremely short time started. Three applications were submitted to MKLK for the six-month project, and BlackBelt Technology was selected on the basis of the required criteria. “We requested offers from three service providers. Expertise, time efficiency, professional experience and positive references were the main criteria for the selection”, said Szabolcs Sebő, IT development head of MKLK. Previously, the specialists of BlackBelt were hired to solve the specific task of creating a system to publish direct announcements. “We asked them to put in an offer on the basis of our previous cooperation and experience and they proved to be the best applicant on the basis of the selection criteria.”

The aim was to set up a brand-new system, where none had existed before. There were recommendations in place for the EU Member States in connection to the framework conditions. The developers had relatively ample room for maneuver. It was up to the experts of BlackBelt and the client to jointly finalise the task and the terms of the system to be set up using the available technical information.

“For IT projects, the client’s needs must first be consulted, so this was our first step. We were progressing in a systematic manner, and it took approximately 6-8 weeks of the six-month project, but we needed this time to lay the foundations for the subsequent work. As usual, like with a lot of projects, we had initial difficulties in communications. It took a long time for both parties to negotiate the list of requirements, but this difficulty was managed by BlackBelt in a professional and flexible way”, recalled Szabolcs Sebő.

After a consensus was reached with the list of requirements, the development progressed very quickly and smoothly.

In the first month, the progression and requirements was discussed daily, this then reduced to one meeting a week, then to one meeting every 2 or 3 weeks during the development phase. Communication was maintained typically by a project manager of BlackBelt, who mediated between the customer and the development team, and it proved to be a quick and efficient method. “When we indicated that we would want to see a presentation, then we could go to the office of BlackBelt, where those in charge of the individual development phases presented their own work. We could see who created the database of the service desk, who was in charge of the design of the interface or of the architecture. It was interesting and useful to see it as we were allowed to ask questions and to get an insight into the working process, even though the development was not made in an agile way. During the busiest times, 6 associates dealt with the project, and all of them could be consulted if it was necessary”.

Naturally, there were some initial misunderstandings during the process. Compliance with EU regulation is essential, therefore the time it takes to manage a problem by the IT company during development must be quick. In this aspect, BlackBelt performed excellently, even though there were some communication matters during the implementation of the requirements, they were able to eliminate them in no time at all.

“Due to the nature of the task, we could not really be flexible, and therefore it was BlackBelt who had to be resilient, and they really were! For example, their team was for an agile development, unfortunately our hands were tied on this one due to the list of requirements. Compromise was made on the basis of neither an agile nor a waterfall model, but a hybrid solution was jointly created by us. One that was acceptable for both parties.”

According to Szabolcs Sebő, they could cooperate with BlackBelt in a very efficient way. This was enormously promoted by initial in-depth consultations, as the work could comfortably progress due to the clarification of details and laying of foundations. “We would choose them again, and we would do it all in this way again. It is not worth saving time by not specifying the details, as it results in a drawn-out resolution during development. BlackBelt created a complex IT system for us in a short lead time. They completed this project in a tight deadline, which they could not have done by simply customising a >boxed< product.”

“The system is not public; it performs the customer service duties of the issuer of the Official Journal. The project was intended to manage the announcements to and from the EU customer service and to and from our own subcontractors. Though the time frame was short, the results were achieved on time and went beyond our expectations. It was good to work with BlackBelt.”

The stocking of 180 stores and practically all steps of the necessary warehousing and logistics process have been placed on digital foundations by Shoebox Kft., operator of the Office Shoes network. The series of developments came as a huge boost for the company that previously relied on mostly paper-based administration.

The aim of our R+D submission was to analyze learning disorders and to create a complex medical diagnostic and development tool, which led to the creation of an application. With the use of the application, children with learning difficulties can use play to develop their skills based on specific medical instructions.